Greensponsible For a Better Future

The Modern Nightmare - Taxing Our Lungs

It is that time of the year again when people get wary about the environment. Discussions around increasing levels of pollution have again taken the centre stage.

Daily fluctuations of NOx in Delhi in November 2019 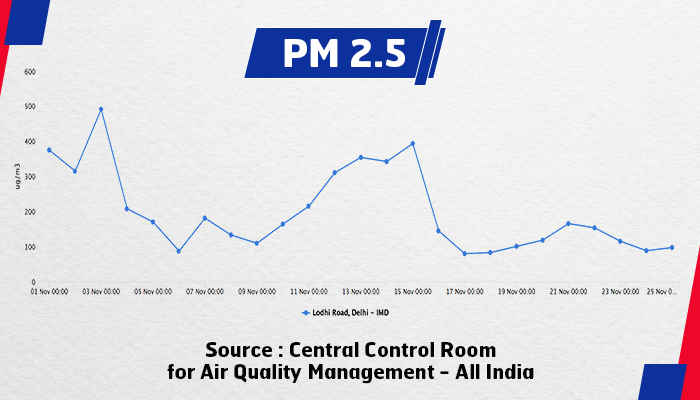 Who can forget the Great Smog in Delhi of 2017 when the air pollution had spiked far beyond acceptable levels? It is also the time when AQI (Air Quality Index) becomes the most watched parameter after GDP. AQI is an index that government agencies like System of Air Quality and Weather Forecasting and Research (SAFAR) use to gauge how polluted the air is on a daily basis, with a value between 51-100 deemed as acceptable. The highest AQI of Delhi was a disconcerting 538 on November 4th with the lowest being 175 this month (Source: https://aqicn.org/).

Daily fluctuations of PM in Delhi in November 2019 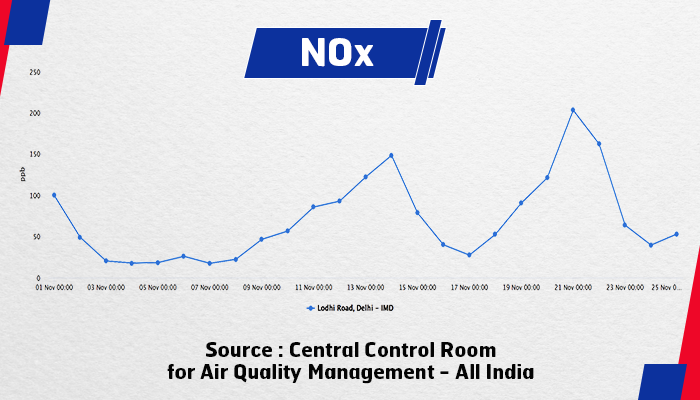 The air quality in most of our cities now consistently stays in the unhealthy zone. A study by IIT-Kanpur indicates that cars and jeeps contribute less than 10% of particulate matter while trucks are bigger culprits contributing to about 46%. Vehicular pollution is now one of the major environmental risks. Not only Delhi, but most of the premium cities are facing a poor AQI figure as the airpocalypse continues. Aftermath of the protest held at India Gate earlier this month prompted the Environment Minister, Prakash Javadekar to encourage individuals to fight the menace together by taking some basic steps such as using environment-friendly fuel and avoid honking unnecessarily (Source: The Weekend Leader).

Role of Automobile Industry in Shaping a #Greensponsible Future 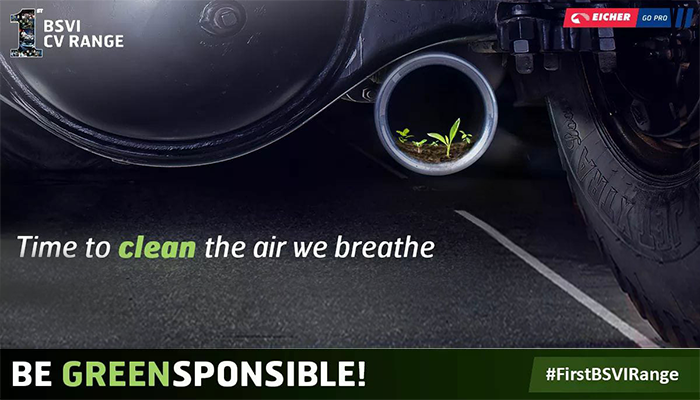 On one hand the automobile industry boosts the economy, while on the other, vehicular emissions are a key factor in impacting the quality of air we breathe. Today we are at a crossroads, where we need to grow yet we also need to be #Greensponsible , i.e., aim for a cleaner and greener future. To avert a terribly hazy future, the government was quite proactive and decided to leapfrog BSV and shift to BSVI from BSIV emission standards back in September, 2016. The Bharat Stage Emission Standards encourage appropriate use of fuel and technology to limit the release of nitrogen oxides (NOx), carbon monoxide (CO), hydrocarbons (HC), and other air pollutants from vehicles using internal combustion engines. Ever since, OEMs (Original Equipment Manufacturers) have been trying to pace up to the technological advancement, set to roll out on April 1st, 2020 in a sustainable fashion while simultaneously trying to reel from the worst downturn the automotive industry has faced in the last 10 years. With BSVI fuel, for every one kilometre, a vehicle will emit 80% less particulate matter and nearly 70% less nitrogen oxide. 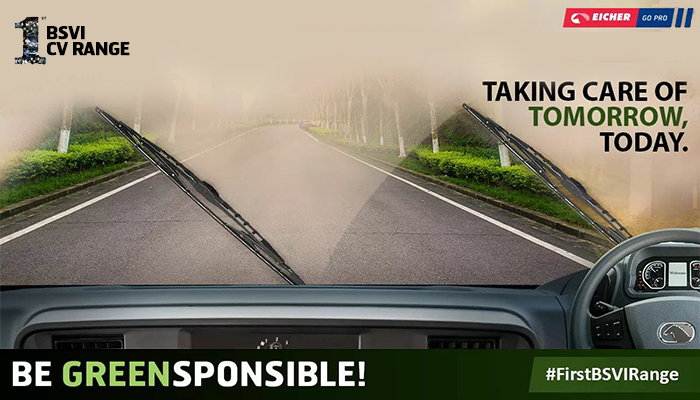 Our technological leadership and expertise in manufacturing, paired with a legacy of exporting a staggering number of more than 1 lac Euro-VI compliant base engines for over 6 years to the Volvo Group, has certainly helped us fast track this revolutionary jump from BSIV to BSVI in only three years. Being a strong believer in #Greensponsiblity, Eicher is playing its role in reducing the carbon footprint, by unveiling India’s first BSVI compliant range of commercial vehicles in June earlier this year, well ahead of the April 2020 mandate. We are ready with a robust BSVI line up across all categories and segments with two new BSVI engine models. The company has added two and three litre engines which will be used in 4.9T trucks, which otherwise use a 3.8 litre engine. Further, we are all set to have the widest range of BSVI engines in India; two, three, 3.8, five and eight litre diesel-powered engine variants besides being the first to develop two CNG-powered engines. We are now addressing the bigger challenge of getting the entire ecosystem, including drivers and technicians ready to migrate to BSVI and welcome a #GreensponsibleFuture. Stay tuned to know more about that.