India is well on its way to become a major manufacturer of automobile vehicles as its production increased from 2,53,30,967 units in 2016 to about 3,09,15,420 units in 2018-19, a 22% increase. Despite being the fastest growing economy, the country has reached an alarming stage with most of its cities counted amongst having poorest air quality worldwide. This was our cue to upgrade to significantly stringent BSVI emission norms, since vehicular pollution is one of the contributors to degrading the environment.

Undertaking this upgrade as a fierce challenge, manufacturers had only 3 years to reconfigure their vehicles with BSVI compliant engines, or transform their existing vehicles with BSVI powertrains. To put this change in perspective, the upgrade from Euro 4 to Euro 6 norms in Europe was gradual over a span of 10 years. This is where we channeled our expertise in supplying base engines for the Euro 6 requirements of Volvo Group to become the first CV player to unveil a BSVI engine as early as June, 2019. Another area where expertise was especially advantageous to Eicher was in delivering a reliable BSVI solution for drastically reducing emissions as per norms. While BSVI-compliant petrol vehicles are required to reduce Carbon Monoxide (CO) by 20% and Hydrocarbons (HC) by 8.4%, BSVI-compliant diesel vehicles need to minimize three pollutants, including Hydrocarbons (HC), Particulate Matter (PM) and Nitrogen Oxides (NOx) by 86%, 50% and 88% respectively. To enable this, BSVI trucks will come fitted with an Exhaust After-Treatment System (EATS) which we intend to familiarise you with!

What is Exhaust After-Treatment System (EATS) ?

Since the permissible levels of pollutants are very low, Exhaust After-Treatment System (EATS) is an elaborate chamber that will treat and control pollutants like NOx, CO, HC and PM sequentially through different chemical processes.

Let’s find out how various EATS components help in reducing your tailpipe emissions!

DOC & DPF - A combination made for victory!

The Diesel Oxidation Catalyst (DOC) is a fine honeycomb ceramic structure and owes its name to its ability to oxidise exhaust gases. CO and HC pass through this filter and become less harmful with an efficiency of upto 99% !

Diesel Particulate Filter (DPF) is a modern technology that works in sync with DOC to convert PM into soot. Due to continuous trapping of soot, the DPF filter gets blocked overtime leading to higher fuel consumption and unnecessary wear on the engine. To ensure proper working of the DPF, it needs to be cleaned regularly through a process called Regeneration. It is the removal of soot particles by burning them away into ash. Since ash cannot be burned up and keeps accumulating in the DPF, regular servicing is necessary to prevent the filter from choking completely lest it will need replacement - which is costly, so stick to your maintenance schedules, always!

The harmful oxides of nitrogen (NOx) are still left to be processed. This is where Selective Catalyst Reduction (SCR), one of the most cost-effective and fuel-efficient technologies available comes to the rescue. The chemical reaction is known as ‘reduction’ because Diesel Exhaust Fluid (DEF), a highly purified mixture of urea and deionized water comes into play by reducing NOx into harmless nitrogen and water, which are then released through the vehicle’s tailpipe. Ammonia Slip Catalyst (ASC) helps to adsorb the excess urea in the SCR as it is harmful to the environment.

In our EUTECH 6 solution, we have deployed duty-cycle based SCR systems inclusive of a variety of loads and applications the vehicles would operate in. This will enable an Eicher BSVI vehicle to deliver best class Fluid Economics i.e. lowest consumption of diesel and DEF!

Why is DEF so critical in BSVI ?

DPF and its Regeneration

A pre-trip inspection is important ...
- Written by Eicher

USED TRUCK FINANCE: YOUR GO TO GUID...
- Written by Eicher

TYRE UPKEEP: MAINTENANCE IS THE KEY
- Written by Eicher

6 HACKS FOR MAXIMIZING YOUR COMMERC...
- Written by Eicher
Let’s stay in touch
SEE US ON SOCIAL FORUMS
Call us anytime at
1800-102-3531Eicher Care 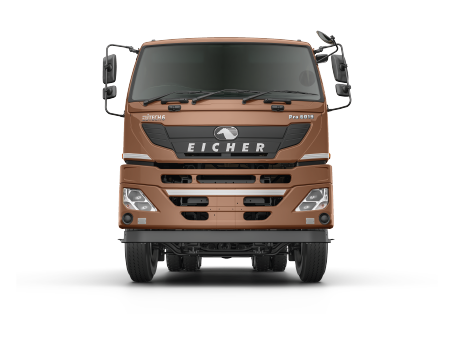